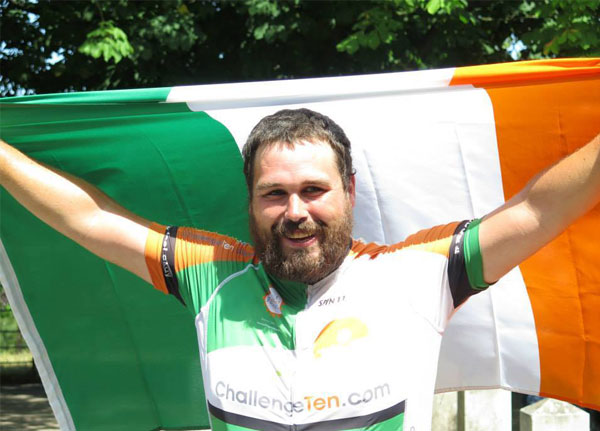 In October 2010, stuck in a negative work environment, severely overweight, single, and feeling the world and would be better off without him, Breifne Earley made the decision to end his own life.

Less than five years later he was first across the finish line of the longest endurance sports event in the world, the 30,000km long World Cycle Race.

Breifne tells the extraordinary and inspirational story of how one man stepped back from the brink of suicide, redesigned his life and then spent sixteen months cycling through 27 countries on 5 continents with 3 robberies, 3 crashes and 44 flat tyres to become a living, breathing example of the life-saving message “It’s okay not to feel okay.”